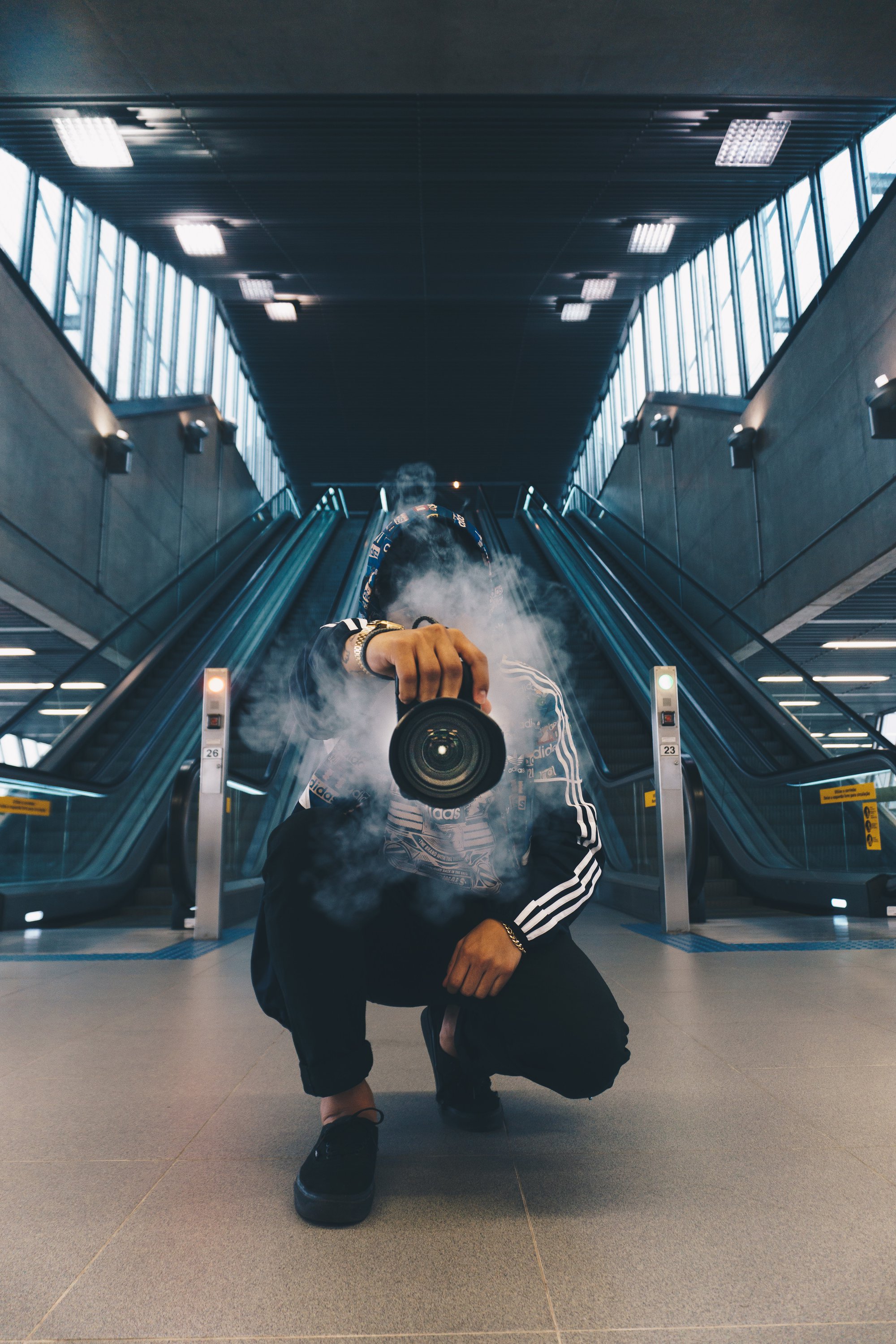 It’s difficult to capture a 360° photo or video if you don’t have the best performing 360° cameras to use. You’ll be craning your neck just to satisfy yourself that you’re able to capture your immediate surroundings. Given the high value of this type of photo and video for business, purchasing a 360° camera is almost inevitable for any business enterprise that likes to be ahead of the pack when it comes to advertising and marketing, more particularly for the real estate and hospitality industry.

There are two types of 360° images that can be produced by 360° cameras. You can produce 360° stills which allow you to have wide-angle shots and panoramas. You can also create 360° videos in this camera. This type of video allows viewers to choose the parts that they want to focus more. 360° photos and videos can be viewed on your mobile phone and sites. They can be shared easily through Facebook, Flickr, and YouTube. Tools like Virtual Tour Easy makes your 360° images more useful as it can turn these images into a virtual tour that will serve as a high-end tool for promoting one’s real estate properties to potential buyers. Virtual tours can also be used in various other industries.

Now that you know the value of 360° cameras, it’s important that you become aware of all the top performing ones in the market. Here are our toughest choices:

Pros: This 360° camera is for a classy lifestyle. It has an exquisite design but only requires a few buttons to operate. It’s tall and slim and can be held perfectly in one hand without compromising the quality of the lenses.

It does not require a lot of steps to use. All it takes is for the user to set the Theta V to stills or video mode and to click on the shutter release button and start shooting. It comes with a smartphone app which is equally simple in its operations.

This camera has a fixed 19G memory. Its app version has basic yet efficient VR options. A Theta+ app may also be used for editing images.

Cons: The downside to this camera is that it is not meant for action-packed coverage. Some users also complain about a purple fringing between the hemispheres on the area where the images blend. It also does not have an optical image stabilization and its storage capacity at 19GB is relatively smaller.

Pros: The Insta360° One is not merely an iPhone accessory. Insta360° has made a ONE camera which can be used as a standalone device. This allows the user to take pictures and videos without it being attached to a phone. It means that this can also be used in an android. The camera has its own battery which is rechargeable through micro-USB. MicroSD cards on the other hand are used for storage. It is known for its superb image quality and editing tools.

Cons: For users who use the app version, the editing tools found in the app are limited compared to those found in the actual camera. It is also known to have massive file sizes which may not be useful for some users.

Pros: Compared to the other action 360° cameras, the GoPro Fusion is slimmer. It is also waterproof up to 5 meters deep. This camera has a feature called OverCapture which allows the extraction of a full HD movie from the spherical images. QuickCapture on the other hand enables a single button to press to start recording even if the camera is turned off. It has an equivalent Photo button for images. A voice command can be used to start and stop the recordings.

Cons: Saving the files can be cumbersome with GoPro Fusion since it requires two matched microSD cards for files to be transferred to a computer. The OverCapture feature on the other hand lacks keyframe support. GoPro Fusion images are also not that sharp, and its Fusion Studio found on the desktop appears to be unfinished.

The 360° camera does not require rocket science for operation. It’s easy to use. For you to come up with the superb pictures of real estate interiors using the 360° camera, make sure you know the tricks of the trade. Here are some of the most important ones you should not forget:

The first step is to use a high-quality 360° camera. The top performing ones are the Ricoh Theta V, Insta One 360°, GoPro Fusion, and Nikon Key Mission. Compare one another in terms of features and prices first and make sure that it suits your budget before you purchase any. There are rental 360° cameras as well if you are not sure about purchasing at the moment.

You need to use a tripod when taking the pictures. Using a tripod ensures that you can capture everything you want to be included in your virtual tour. This makes it super handy as well to do other tasks when capturing images. You also have to make sure that you pick the right height for the tripod so that the person taking the picture will be part of the photo and not just a quarter of his face. When you take a 360° photo it requires you not to move. Remember that your viewers will want to look around the interior you are covering.

It is important to clean the room, make sure that there is sufficient lighting, and that the curtains are open. Set your 360° camera and tripod, considering the best angle and lighting. For the tripod, the height is ideally at 1.20 to 1.50. You need to place the camera with the tripod in the middle of the room. If you don’t want to appear in the video, go to an adjacent room while the shooting is going on. You can start taking the pictures using the 360° camera. Most of these cameras have remote control and can be connected by Bluetooth or Wi-Fi. If your camera doesn’t have this feature, you can set the timer instead. You need to check the picture if you are satisfied with it. If not you need to make changes to the physical setting or the camera’s settings. Repeat the same steps for every room.

3. Don't forget to take shots of some parts.

It is highly recommended that you take a photo of the entrance to the property starting from the front door. It is also smart to take the exterior area of the property from the inside. This can be done by placing the 360° camera on the tripod in the terrace, garden, or the balcony. Once you have all the pictures and you are satisfied with their quality, you may then transfer them to your phone, desktop, or laptop. For you to make the most of your amazing 360° pictures, produce a virtual tour out of them. Check the site virtualtoureasy.com for you to turn your excellent 360° photos into high quality virtual tours in only 5 minutes.

Why Should You Invest in a 360° Camera for Business

A 360° camera is an investment for any business and even for personal use. Its uses have gone beyond simply capturing emotions and moments. It has become a valuable tool for business promotion as well.

The new 360° camera is a small and portable type of camera but it can help you capture moments in time in a more immersive and interactive manner. Through this camera, people will experience how it is to fly a jet or dive underwater.

You can be as creative as possible with this type of camera.

It’s one great advantage that any photo from the 360° camera is easy to share to all your social media sites. You have several options Facebook, Flickr, YouTube, and even your very own site. A great example of this is the Giroptic 360° camera which comes with a lightbulb adapter. This makes it extra useful as a security camera outdoors. You can buy one for only $79. All you have to do is to fit it into any light fixture. You can monitor the house even while you are on vacation or in an out of town trip.

The 360° camera can produce 360° photos that can be turned into a virtual tour of any of your properties (interior and exterior). This can be done with the use of a user-friendly online software which you can have for free: the Virtual Tool Easy. All you need to do is sign up, upload your 360° photos, and do some tweaks on the audio and text and voila you now have an interactive and highly immersive virtual tour of your property.

Owning a 360° camera can help you save costs.

This small camera can cover a large area. This means that there are less installations required for the camera to cover a wide area. It can easily cover rugged areas like garages, museums, street intersections which can help in making you aware of your surroundings. In businesses, apart from using these cameras for their security, they are also used to monitor the flow of customer traffic, supervise and manage the staff and their placement in the physical store, and to avert any attempt at theft, burglary, and any fraudulent act. If you are aware of the situation in your business such as the amount of people coming in and actually buying, you can increase or decrease your staff or products to improve the company sales.

They are user-friendly and not overwhelming like the DSLR.

It can be a headache to operate a DSLR camera and even a phone camera when you are not familiar with the apps and features. Majority of the 360° cameras are easy to set up and use. They don’t need you to read manuals or ask friends to operate it. Some of them only have one or two buttons to capture a wide area of coverage.

There is a great potential to using 360° cameras for business.

Facebook integrates already the 360° pictures, and numerous of solutions are created to enhance the potential of the 360° cameras. Among this solution, google street view now supports 360° pictures, and VirtualTourEasy.com aims to democratize the creation of 360° virtual tours for businesses with an easy to use virtual tour builder and easy integrations.

It without no doudt that the 360° cameras will continue to be more and more popular, and you what do you think?